This map shows 86 towns in the state of New York that experienced revival between 1815 – 1840. There were undoubtedly many more!

Initial Stages of the Revival

►Because revivals are contagious, the revivals that began in upstate New York, beginning around 1815, were an overflow of the New England Revivals that had started in Connecticut in 1797. There were similar outbreaks of revival that were taking place in Kentucky at the same time, at Red River / Gasper River and Cane Ridge. All of these were considered as the beginning of the Second Great Awakening, which eventually overspread the entire nation. 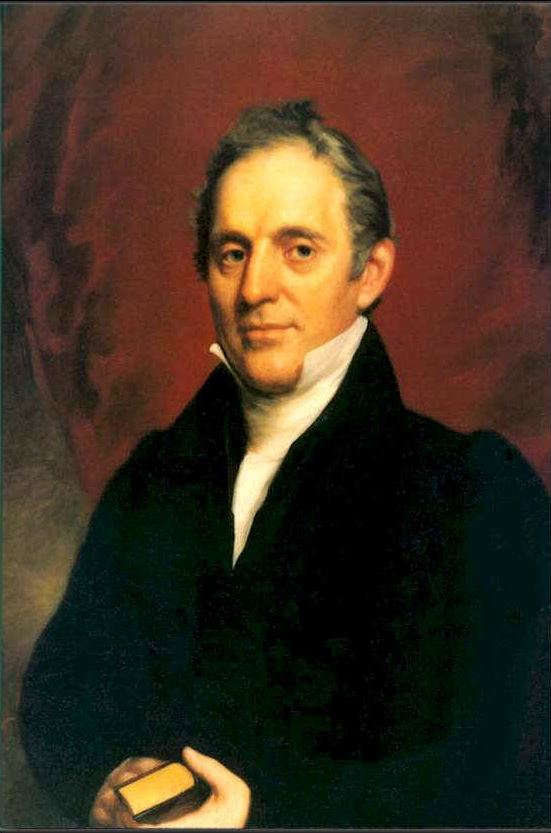 ►Asahel Nettleton was a product of the revival that took place in Killingworth, Connecticut in 1801-1802. He became an influential revivalist who is credited with having converted 30,000 to Christ. He conducted ministry in a number of upstate New York towns from 1816-1819. During that time the Methodist churches alone reported 2,700 people were added to their membership rolls.

►By July 1819, Nettleton was exhausted and went to Saratoga Springs, New York to rest. Instead of resting, however, he found himself once again engaged in ministry in that area. The following brief excerpt from his Memoirs (pg. 94-98) gives a glimpse into how extensive the revival was spreading:

Charles Finney and the Burned-Over District 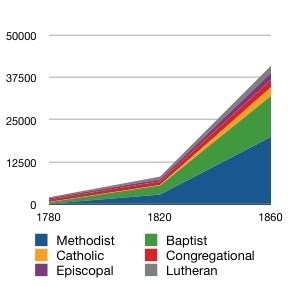 GROWTH OF DENOMINATIONS
During the Second Great Awakening

►Charles Finney is perhaps the most renowned evangelist in the history of the Church. He started out as a lawyer, but after his extraordinary conversion to Christ on October 10, 1821, he abandoned that profession for evangelistic ministry in 1824.

►Beginning in 1825, Finney was credited with adding fuel to the already burning revivals in New York, and his ministry gave another 15 years of forward momentum to the Second Great Awakening that was blanketing the United States.

►The term “Burned-Over District” was used by Charles Finney to describe the areas in New York that had experienced so many revivals that there were no more fuel, or unconverted people, left to evangelize.

Results from Just Three of Finney’s Areas of Ministry

►Though controversial at the time, Finney’s success in Rochester and other areas was enhanced by: 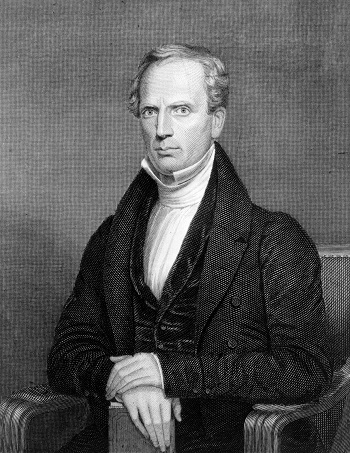 Results of the Revivals

►Many taverns 酒館 closed because of a lack of customers.

►Theaters were known to shut down because few would frequent them. (Theaters were considered sinful places of amusement.)

►The District Attorney stated that after the revival in Rochester, NY, the crime rate dropped by two-thirds and remained that way for years.

►Hundreds of thousands became members of the churches.

This Revival was Typical of the Entire Nation

Though the revival in upstate New York was astounding in itself, it was typical of what was taking place throughout the nation at that time. This era is known as the Second Great Awakening (1790 – 1840).